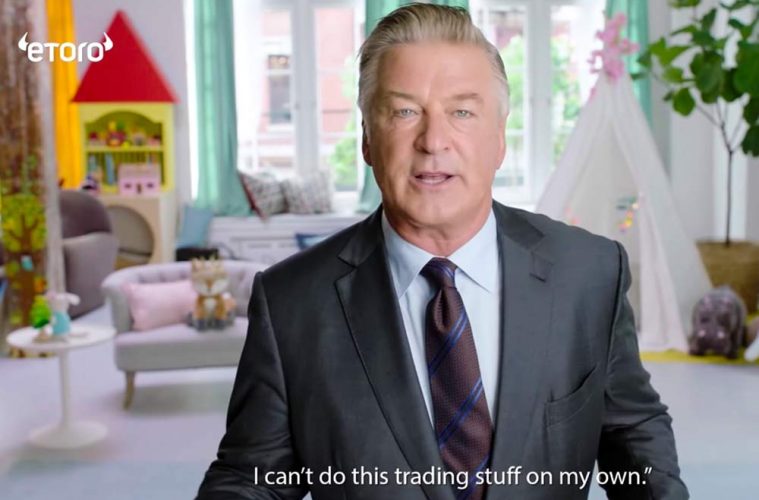 The New eToro Alec Baldwin Ad is both clever and hysterical

The social cryptocurrency trading platform known as eToro is making the rounds with its latest commercial. The advertisement starring Alec Baldwin has reached almost 1.2 million views on its YouTube channel alone. Considering that the ad has been playing before other YouTube videos as well, we safely suspect that its reach has far surpassed 1.2 million views. Check out more about the eToro Alec Baldwin commercial below. 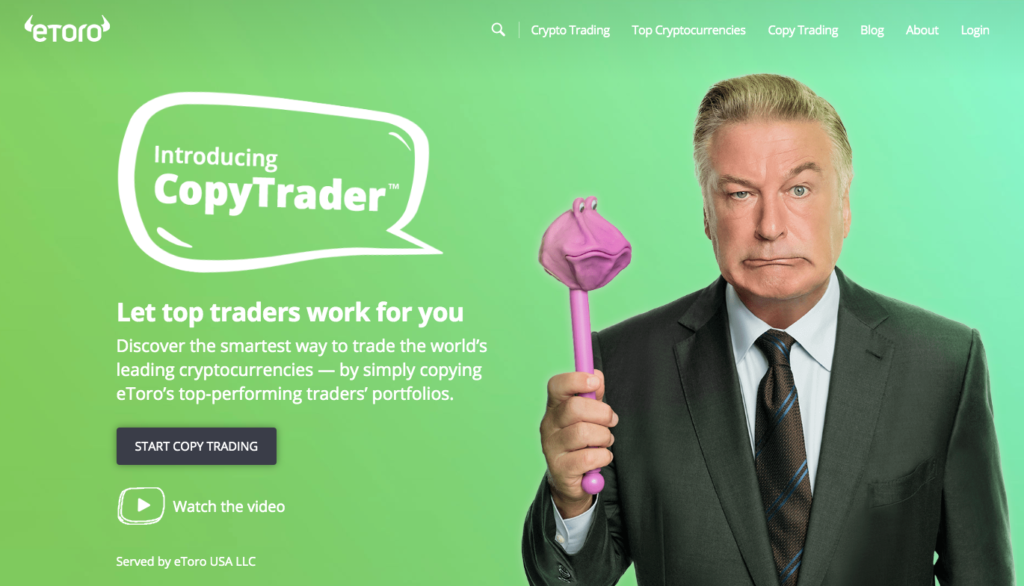 In an attempt to make crypto more appealing to the general population, the Tel Aviv-based company hired Baldwin as their spokesperson. eToro™ has recently added a new feature to its platform. The feature, known as CopyTrader™, allows users to automatically copy the trades of leading crypto investors. According to Guy Hirsch, the U.S. Managing Director of eToro™, “CopyTrader can help anyone to build their wealth in a simple and transparent way. Users who want to leverage the crypto asset class can now simply look for an investor with a proven track record and just hit copy to execute the same trades automatically.” As luxurious as this sounds, it comes with a risk. If a trade ends up losing money, any CopyTrader™ follower will lose money too, and vice versa.

eToro™ makes the process as simple as possible. By developing a service whose framework closely mimics that of a typical social media platform, users will be able to trade cryptocurrency as if it were an everyday activity. The simpler the platform, the more users will sign up. Currently, eToro™ has over 11 million accounts. How many accounts are active, we simply don’t know. Ideally, the CopyTrader™ feature will also push inactive users to become active again. 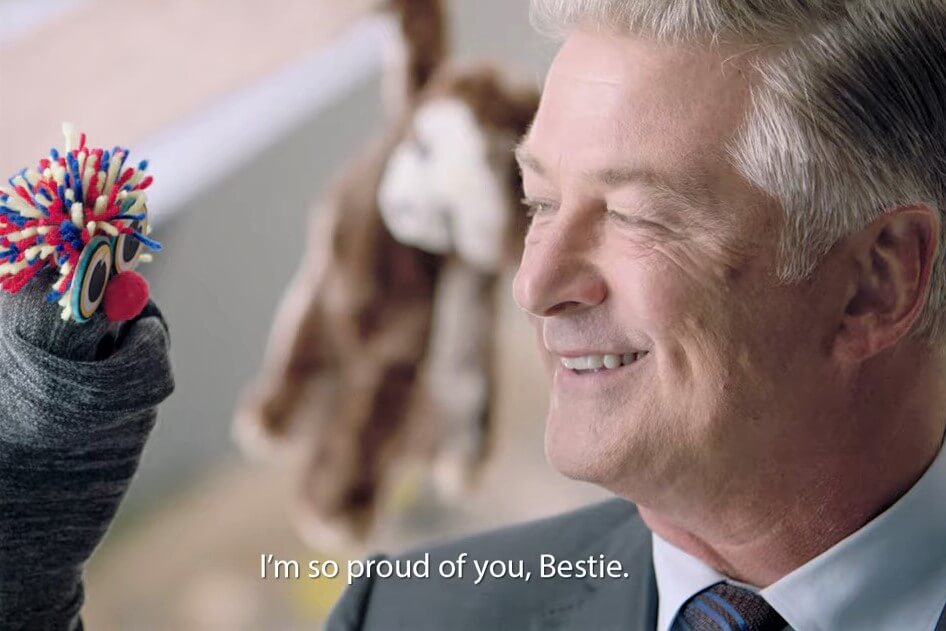 It was an advertisement that popped up for us when we were settling in one night. We ended up looking up the ad afterward because it was so hysterical. Apparently, we were not alone. Based on the comment section, other viewers couldn’t get enough either. One user stating, “This ad should be studied in marketing classes.” While another user commented, “That man could sell ice to Eskimos”. Between upvotes and a stream of positive comments, the high approval rate certainly shows.

eToro Advertisement a Work of Art

The commercial is well-produced and comes at a time where the future of cryptocurrency is of much debate. Cryptocurrency trading is a rather high-risk sport. Therefore, there are very few people willing to jump on the bandwagon because of it. We believe that selecting critically acclaimed actor Alec Baldwin as their spokesperson was a wise investment on behalf of eToro™. Baldwin’s general likability paired with his incredible acting in the commercial is a match made in heaven for the crypto platform.

Aside from Baldwin’s acting, the script is in fact, quite brilliant. Both the script and acting hit viewers in all the right places. The eToro™ Alec Baldwin advertisement is serious, funny, and incredibly relatable. There are several winning lines in the script. Lines such as, “You’re a goojybooboo” have been trending online over the past week. We are hardpressed to find someone who wouldn’t break a smile at some point while watching it. 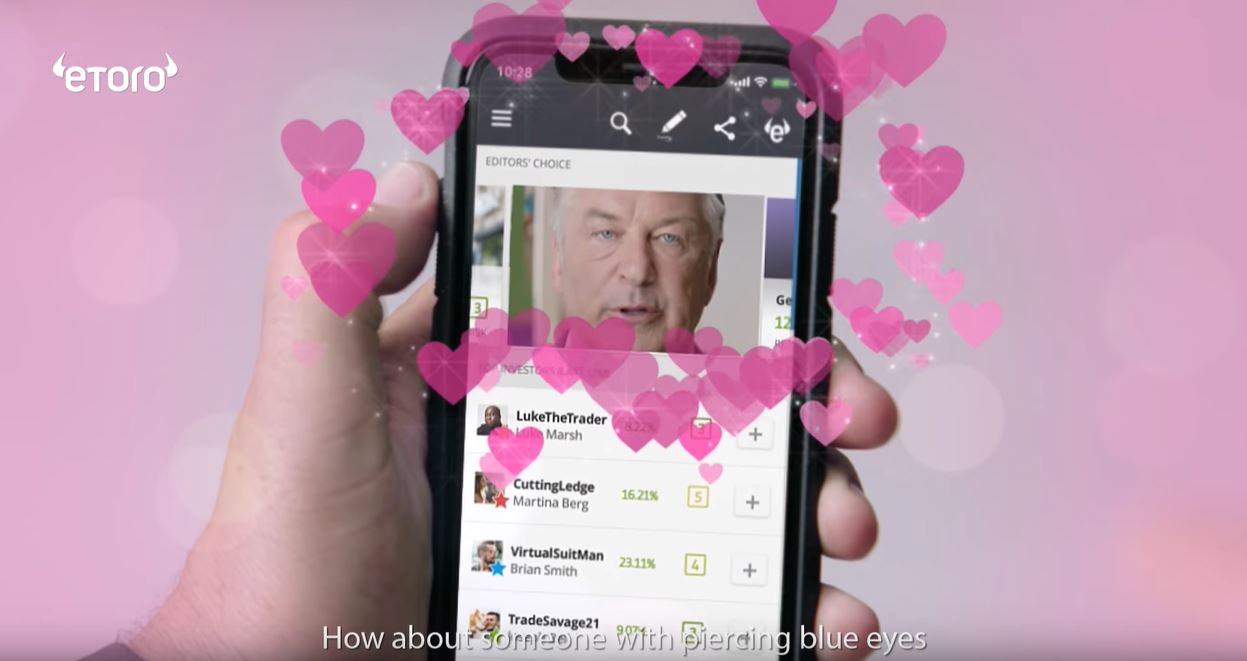 “How about someone with piercing blue eyes, and with a voice so husky, it could pull a sled…”

Other elements such as the location of the shoot were also quite strategic. By shooting in a baby’s nursery, eToro™ subconsciously tells us that, “even a baby could do it”. Incorporating a toy airplane, a sock puppet, and an actual living baby reinforces this message. The platform’s target market is intended for true novices in the crypto world.

This advertisement was far too good to not share on No Sleep New York. Co-Founder Sara Kelley is studying her Master’s Degree in Advertising & Marketing Communications, so she’s a huge fan of the art form. Be on the lookout for more articles related to advertising in the future!

Interested in a “best of advertising 2019” blog article? Let us know in the comments below!