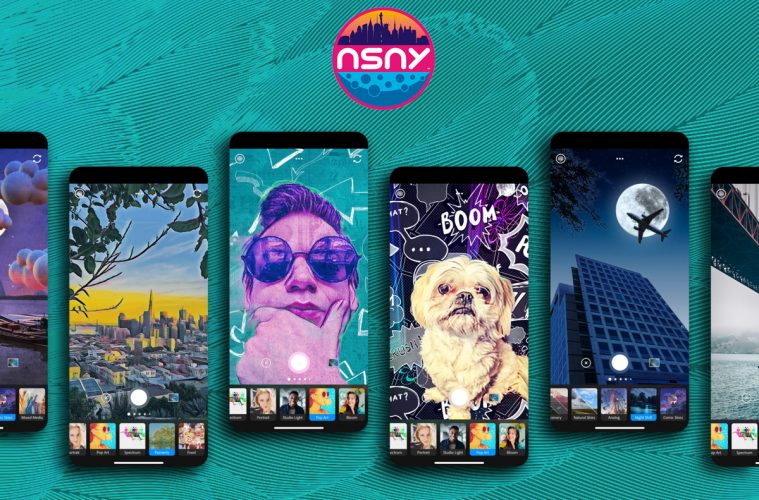 On Monday, Adobe announced the release of its latest app in the mobile Adobe CC suite. Adobe Photoshop Camera will allow users to broaden their creativity. The mogul software company claims that its newest software yields powerful tools and effects that will help users capture, edit, and share images. Storytelling and community building are at the forefront of the Adobe Photoshop Camera.

“We are committed to investing in accessible tools like Photoshop Camera built for the next generation of consumers and creatives. Innovation and pushing the limits of creative expression have always been core to Adobe’s DNA. We are a company that sits at the intersection of deep science and the art of storytelling, and Photoshop Camera is a great example of our work to democratize creativity.” – Adobe

Creatives will have the opportunity to capture moments and edit them while also preserving the original shot. Adobe also understands what types of images their users will be shooting. Depending on the type of shot, this sophisticated software can automatically apply features that are most suitable. To do so, the company has utilized the Adobe Sensei Intelligence program – an AI platform developed by Adobe themselves. Portraits, selfies, and food shots are just a few examples of moments the Adobe Photoshop Camera can automatically detect. Technical content can also be automatically applied as well. More complex features such as dynamic range, scene-type, and tonality fall under this category.

Image of Billie Eilish ft. one of her limited edition lenses

Lenses Are The New Filter

Not only can users access these features, but they can also tap into the creative community itself to access an array of lenses, created by well-known artists. Adobe Photoshop Camera allows users to apply any of these lenses to their work. Of those well-known artists, many users will recognize Gen Z icon Billie Eilish, who began partnering with Adobe in 2019. Adobe has featured Billie Eilish in numerous commercials and ads this year, and now she has her very own set of lenses that members can use to jazz up their work.

While smartphone cameras continue to step up their game year after year, Adobe feels that most smartphone camera software lacks creativity and has remained rather dull. Arguably, there are numerous apps that have certainly taken the reign of mobile photo editing. Due to this, we sense Adobe is hinting more toward in-camera options. Although we find this to be mostly true, not everyone needs to have fancy built in-camera features in order to create stellar work. While we’re not fully sold yet on how amazing this will be, we are looking forward to testing it. 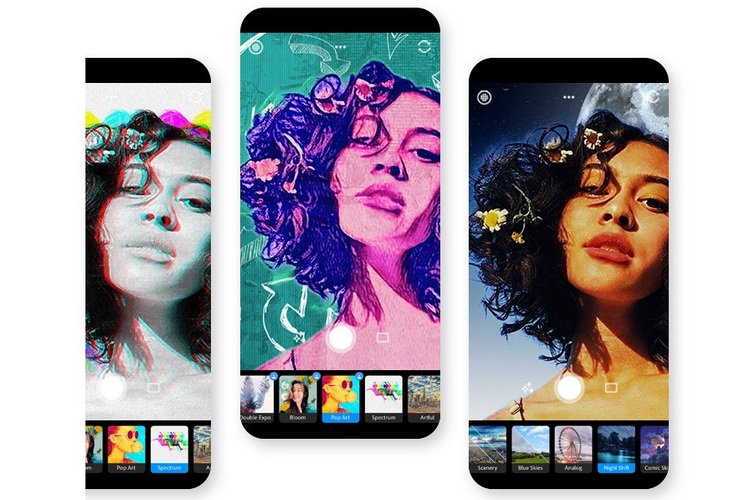 DSLR’s and mirrorless cameras are slowly becoming less popular. Although there is still a high demand (which we do not see vanishing anytime soon), many more people are opting for their less expensive, more portable counterparts. The No Sleep New York team went to the Azores this past summer. We purchased a new camera for the trip. Since we had been planning on downsizing from a DSLR to a mirrorless, it made sense to do it before vacation. We also needed to purchase a new phone too, since one of ours was broken. Can you guess how many times we opted for the smartphone camera over the mirrorless?

We can’t tell you an exact number. However, after experiencing the power of our new smartphone it was hard to justify pulling out our new compact camera most of the time. Adobe has been carefully taking note of this growing trend, so it comes as no surprise they have finally developed their very own camera app that also edits images too.

Don’t be jumping to your app store just yet, though. The Adobe Photoshop Camera will not be officially released until sometime in 2020. Adobe has not specified exactly when, but make sure to stay in touch via our Facebook or Instagram for updates on its launch. One of Adobe’s main goals is accessibility for all. That being said, the app will be made available on both Android and iOS devices. Expect a full review from No Sleep New York once the app is officially released next year!

Enjoy reading our content? Check out our other articles to discover even more up-to-date news in our community today!