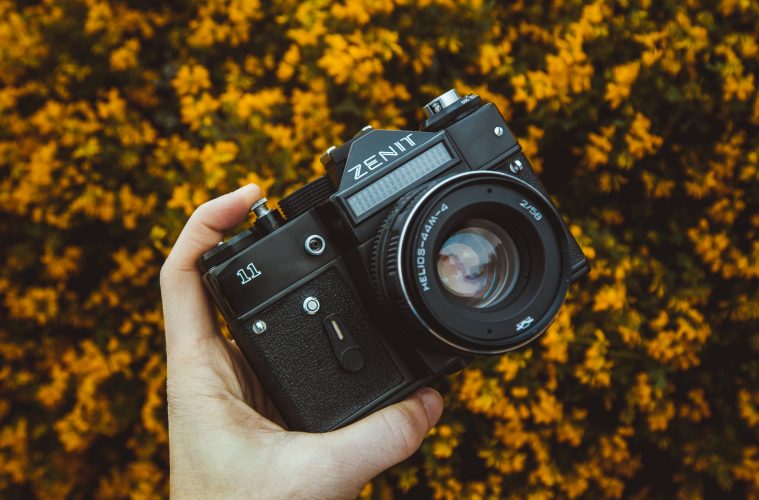 The Advantages of Film Cameras in a Digital Age

It seems that every week there is a new digital camera on the market. As the technology around us continues to evolve we get easily sucked into the latest and greatest gadgets. That being said, the appeal of film cameras have made a recent comeback over the last several years. A film revival is among us, which brings forth the many advantages that film cameras can offer us still, even in the digital age of 2019.

Digital cameras are comprised of thousands of tiny pixels that create a grid-like format. Image sensor resolutions are based on the number of pixels that exist on a sensor. This is known as resolution, which is expressed in units referred to as megapixels. There are many benefits of digital resolutions, but they can also be prone to distortion through something called moiré effects.

The moiré effect is a visual perception phenomenon that occurs when viewing a set of lines or dots that is superimposed on another set of lines or dots. Although this effect and produce interesting geometric patterns, it also degrades the quality and resolution of graphic images.

Film cameras are an analog medium, so they don’t have the same type of “pixels” that digital formats do. Therefore, they do not suffer the negative consequences of distortion. Film cameras do not record imagery through pixel sensors. Rather, they use a mechanism where an open shutter causes a chemical reaction to the chemicals on the film strip. In turn, images are “imprinted”, on the film strip.

The image sensor size in digital cameras can be quite limiting in many cases. Unless you have a top of the line camera, you will find that you are still unable to grab all of the information you’d like to in your imagery. * Digital camera sensors tend to be smaller than the typical 35mm film frame. As a result, you may encounter resolution loss, noise, and light sensitivity.

Film media has sensor sizes, ranging from 35mm to 135mm. Even the smallest mm size is better than most digital camera sensors on the market. Simply put, film cameras can offer higher “resolutions” than your everyday digital.

Photographic manipulations are constantly circulating in the media every day. Now more than ever, it is easier to digitally alter an image that can easily mislead unsuspecting people. Although photomanipulation isn’t always a bad thing, it is a topic that tends to have more of a bad rap than a good one. If your work is discovered to be misleading, this can taint your career.

Past history reveals that film photographs have been manipulated before. During the Soviet Union period, Stalin would have film images altered in an attempt to essentially erase other humans from time. However, film camera negatives have higher integrity than their digital counterparts. It is much more difficult to alter film strips and images. Therefore, it is a great opportunity to showcase your abilities purely in-camera. You can better avoid the temptation of falsifying your work. Many artists may find this more rewarding, thus making film cameras another great option.

Digital photographs take up a ton of space to store. Having large memory cards, externals, and hard drives are vital in terms of saving your work. Online cloud backup storage is also often necessary. All of these add up to be hefty costs overtime. If for some reason you’re not careful, you can easily delete your files by mistake, unable to access them again.

Storing film isn’t expensive by any means. Storage is simple and inexpensive. A film reel or a portfolio with film storage slots are the best ways to keep your film strips safe. You can choose to scan your film strips digitally to your computer for additional backup, but this does not require huge storage costs to do so. As a matter of fact, we actually recommended that if you have access to digital storage, it’s simply a good idea to back up your film there too. Regardless, film storage and backups are low cost and easy on the wallet.

At the end of the day, it’s really just a matter of your interests and preferences as to what type of camera you want to use. There is no denying the powers and convenience of digital cameras. Keep in mind that this article is meant to give curious camera-goers a new insight into the benefits of using film cameras.

Film cameras are not exactly sustainable options in 2019. However, they are great a medium for any artist who wants to explore new avenues and build upon their skill sets. Nothing can quite match the same exact same feeling that film photography brings. From resolution to integrity, there are plenty of advantages that film cameras boast. Remember to keep an open mind and never stop exploring!

Visit our blog to discover more articles about photography today!